Watch: Coutinho and Neymar take on Jesus and Alves at Teqball 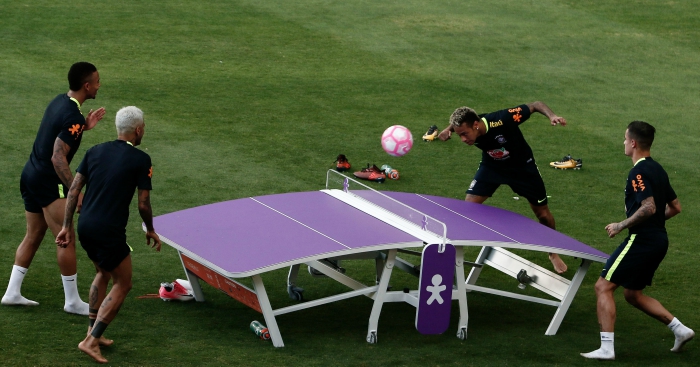 Players from Liverpool, Manchester City, Barcelona and PSG teamed up to show off their Samba skills in a game of Teqball during Brazil training.

Philippe Coutinho was joined by Neymar to face off against Gabriel Jesus and Dani Alves as they played the hybrid game of table tennis and football.

Brazil have already qualified for the 2018 World Cup and are obviously in a relaxed mood ahead of their fixture with Chile on Tuesday.

The game still holds significance for both Chile and Argentina’s hopes of qualification for Russia.

Sadly for Neymar and co, the game will actually take place on a football pitch rather than a table tennis table.