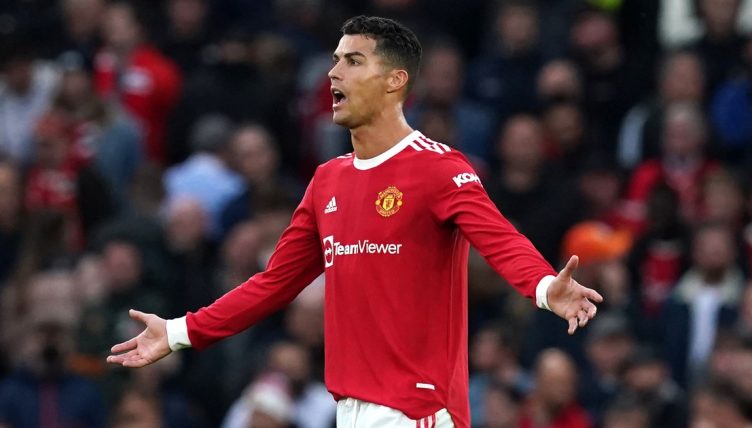 Cristiano Ronaldo was arguably lucky to stay on the pitch as he let his frustration spill over during Manchester United‘s humiliating 5-0 home defeat to Liverpool.

The 36-year-old United icon kicked out at Liverpool youngster Curtis Jones in the closing stages of the first half, while his side were already three goals behind to Jurgen Klopp’s men.

Few Liverpool fans will be surprised that it was supreme sh*thouse Andy Robertson, who will never miss an opportunity to back his team-mates, going over to Ronaldo to make his displeasure known.

Wagging his finger in the Portugal international’s face, Robertson made it clear what he thought of the frustrated challenge.

Shortly after, Virgil van Dijk and his central defensive partner Ibrahima Konate could be seen entering the fray to provide back-up to the scrappy Scot, while Bruno Fernandes was also part of the melee.

Mohamed Salah scored Liverpool’s fourth a short while after this incident, and completed United’s humiliation by notching his third early in the second half.