Watch: Mo Salah rips turf out of the ground after missing great chance 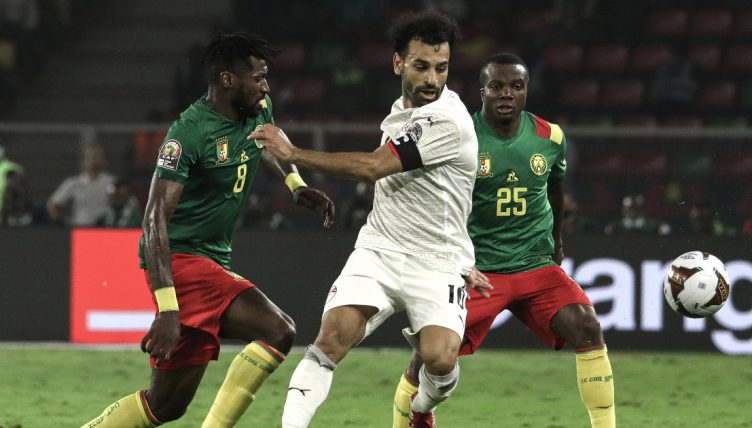 Salah has cemented his status as one of the best players in the world this season, scoring 23 goals in 26 games for Jurgen Klopp’s side.

The winger has carried that impressive form onto the international stage, finding the back of the net against Guinea-Bissau and Morocco.

“I see it as before,” Aboubakar told RFI. “He is having a great season in the Premier League, he is helping his country to advance in the competition. I wish him a lot of luck. May the best win!

“He’s a good player, he scores a lot but he doesn’t produce a lot of stuff in the game. Of course, he’s doing good stuff in the Premier League because he’s been in a team that’s been there for years.

“He’s a good player but not at the level of some like [Kylian] Mbappe.”

Salah was gifted the perfect opportunity to open the scoring in the first half after a dreadful backpass from Cameroon’s Martin Hongla. But a poor first touch allowed Andre Onana to win the ball and a frustrated Salah then ripped some of the turf out of the ground,

Despite his miss, the 29-year-old still had the last laugh as Egypt won on penalties and will now face Sadio Mane’s Senegal in the final.

Was this the moment? 😮

Mo Salah was through on goal for Egypt… should he have scored?