Watch: Mo Salah laughs at Ballon d’Or result; says he has ‘no comment’ 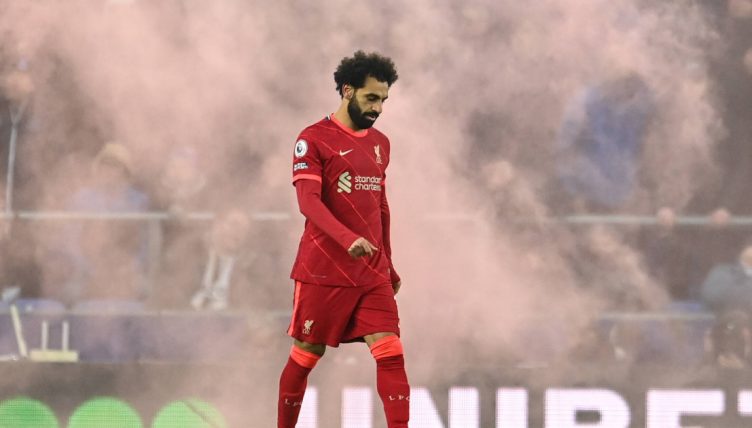 Mo Salah was not just in form on the pitch against Everton yesterday evening, but his post-match response to his placement in the Ballon d’Or rankings was almost as good as his derby brace.

The Egyptian couldn’t stop himself from laughing and shaking his head when asked about his seventh-place finish in the Ballon d’Or rankings with Lionel Messi taking the much-craved award.

“I have no comment,” Salah said. “Hopefully [I will finish higher next year]. We never know.”

The Liverpool attacker has been in stunning form this season, with his goals against Everton his 18th and 19th of the season already.

He is both the leading goal scorer in the Premier League and the leading assist maker, with 13 and eight respectively.

If his form continues and either Liverpool win something or Egypt clinch the Africa Cup of Nations, you wouldn’t put it past the forward to have his legacy confirmed by claiming the award in 2022.