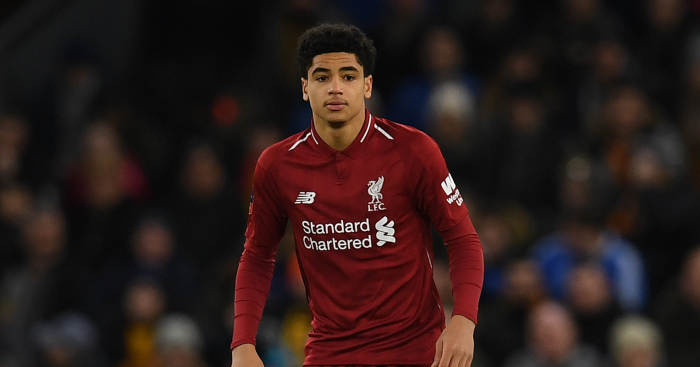 Ki-Jana Hoever had a night to remember as he became Liverpool‘s third-youngest ever debutant in their 2-1 defeat to Wolves in the FA Cup.

Hoever has trained with Liverpool’s first-team squad in recent weeks despite being just 16 and was thrust into the spotlight on Monday after Dejan Lovren suffered an injury early on in the third-round tie.

The defender, who we recently profiled, equipped himself well against Wolves’ dangerous attack, although he was unable to stop a much-changed Liverpool outfit being knocked out of the competition.

One moment in particular stood out for Hoever, as the youngster dispossessed Wolves winger Helder Costa and showed good composure to dribble upfield and start a late counter-attack.