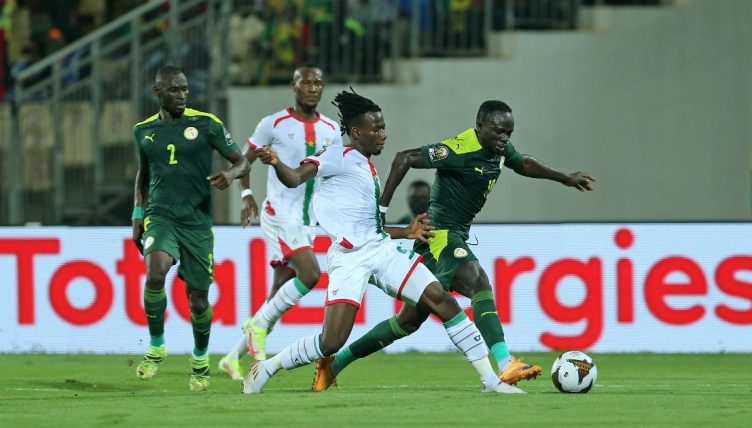 Liverpool’s Sadio Mane scored with a lovely dinked finish as Senegal booked their place in a second successive Africa Cup Of Nations final with a 3-1 victory over Burkina Faso in the semi.

Having assisted PSG midfielder Idrissa Gueye to put Senegal two goals ahead, Mane again showed why he’s one of the biggest names at this year’s tournament in Cameroon with a composed fish for the third goal.

The Lions of Teranga were just being put under pressure after Burkina Faso scored to make it 2-1 in the 82nd minute, pushing forward in search of a late equaliser.

But that spell of pressure only lasted five minutes before the Liverpool forward broke free on the counter, sending the ball over the onrushing goalkeeper and into the back of the net.

Mane is up to three goals and two assists at this edition of the Cup Of Nations, and will be among the contenders for Player of the Tournament if he can once again prove talismanic in this weekend’s final.

However, he’ll face competition for that accolade from his Reds team-mate Mohamed Salah, who has two goals and an assist and been influential in Egypt’s run to the semi-finals.

Salah’s Egypt take on the hosts Cameroon tomorrow evening. The winner of that tie will have Senegal awaiting at the Olembe Stadium on Sunday evening.