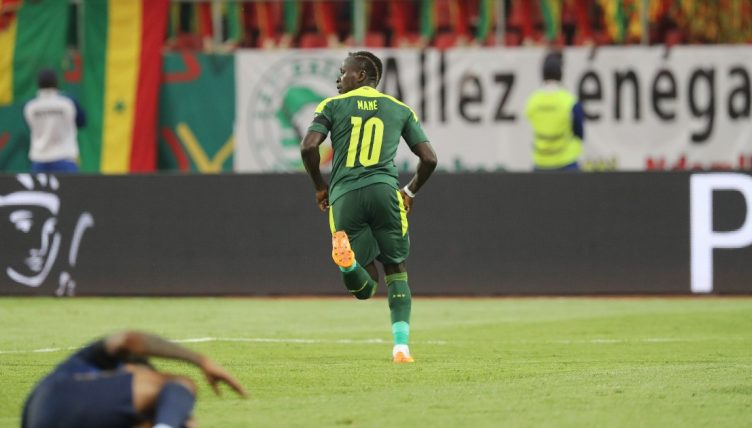 Liverpool’s Sadio Mane left the pitch with a suspected concussion not long after scoring Senegal’s opener in their 2-0 Round of 16 victory over Cape Verde at AFCON 2021.

Mane scored his goal with a lovely curling effort into the top corner after sweeping up following a corner, but only a few minutes before he suffered a nasty clash of heads with onrushing Cape Verde goalkeeper Vozinha – an incident that resulted in Senegal’s opponents being reduced to nine men with a second red card.

There was some debate on social media about whether the incident should have resulted in a sending off for the keeper, with card-happy refs something of a running theme of AFCON 2021, particularly in the knockout stages.

But there can be no doubt about the fact it was a serious impact for the pair, with serious questions to be asked about why Mane was allowed to continue playing for over 15 minutes after the clash.

Senegal needed their talisman to open the scoring, having struggled for goals at the tournament so far. The Liverpool star scored their only goal of the group stage with a 97th-minute penalty, which raises questions of their attack and creativity, after being talked up as one of the tournament favourites.

However, they have now kept four successive clean sheets, with Chelsea’s Edouard Mendy in goal and Napoli centre-back Kalidou Koulibaly proving influential in the heart of their defence.

Mali or Equatorial Guinea await Senegal in the last eight, but it remains to be seen whether Mane will be available after the suspected concussion suffered. He was withdrawn in 70th minute after visibly looking dazed.

Sadio Mané goes down with suspected concussion after scoring for Senegal 🤕 pic.twitter.com/OozPqQaFHv