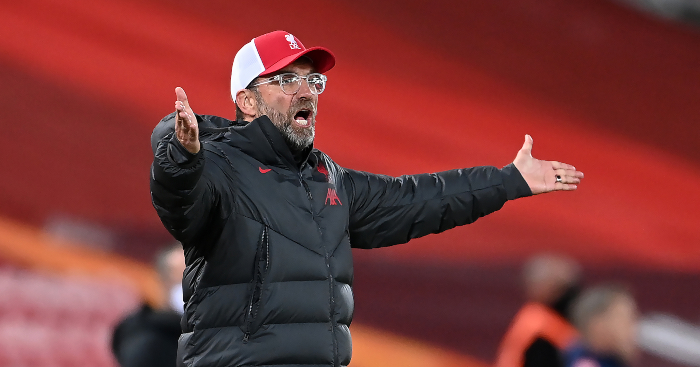 Liverpool were not happy after Mohammed Salah’s penalty appeal was waved away against Aston Villa.

The Reds were already 1-0 down after Ollie Watkins opened the scoring in the opening four minutes after an error by Adrian.

However, things got worse for Jurgen Klopp’s side when Salah was brought down following a challenge by John McGinn.

The challenge was waived away by Martin Atkinson, and even VAR decided there was nothing in it.

In fact, it was only really Salah, Roberto Firmino and Klopp who seemed to think it was a pen, but Klopp in particular was furious.

He was likely even more annoyed especially considering Villa pumped three more goals past his team in the first half.

Did #AVFC get away with one here? 👀

McGinn blocks off Salah in the box but Martin Atkinson waves away the appeals!

The £242.5million profit Liverpool have made in sales due to Michael Edwards