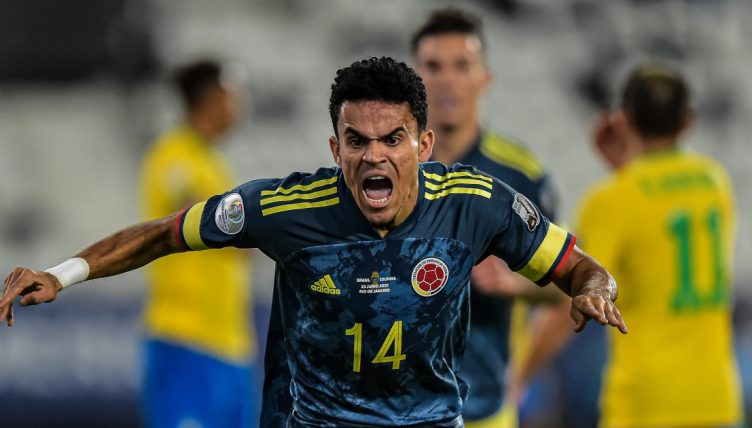 Diaz expertly controlled a long-range pass from team-mate Juan Cuadrado in the latter stages of the first half. He then proceeded to dance inside beyond his marker and curl home into the bottom corner.

Since his January arrival at Anfield from Porto, the 25-year-old has been an instant hit in the Premier League and starred in the club’s Carabao Cup final win last month.

“You don’t expect miracles immediately from these kind of players,” Klopp told Sky Sports on Diaz after Liverpool’s progression into the FA Cup semi-final. “But he is not far away from doing exactly that. Long may it continue.

“With Luis, where it has been really special is that when we saw him we knew that he would fit in immediately. That is really difficult usually but because he did not have to change, that is why we have a really confident boy here.”

Despite recording an emphatic victory against Bolivia, it remains uncertain whether Diaz’s Colombia will be one of the South American sides playing at the Qatar World Cup later this year – they’re currently just outside the qualifying places with 20 points from 17 matches.

Colombia’s final qualifying match comes next week against Venezuela where a win is a must, as well as a reliance on Peru dropping points if Los Cafeteros are going to be one of the 32 teams at the competition in November.

Diaz will need to shine once more for his country.

🇨🇴 Luis Diaz with a goal for Colombia!pic.twitter.com/kIQs6PG3AY