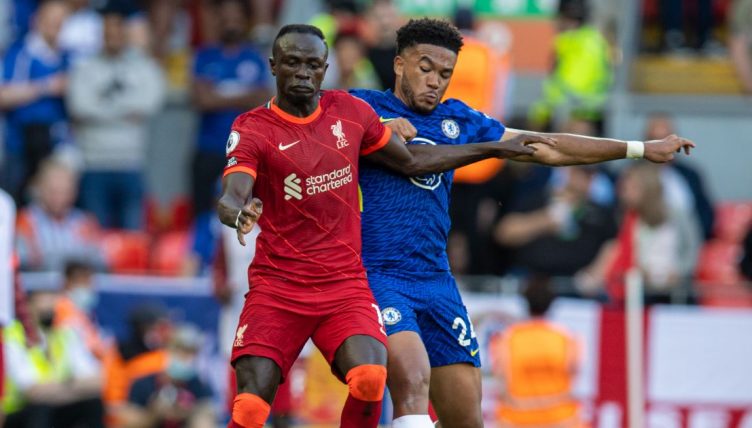 Despite not getting on the scoresheet, Sadio Mane was still at the centre of the action in Liverpool‘s 1-1 draw with Chelsea.

The Blues took the lead through Kai Havertz’s looping header but the biggest moment of the game came on the stroke of half-time.

After Mane’s goal-bound effort was handled on the line by Reece James, referee Anthony Taylor reviewed the incident before awarding a penalty and sending the right-back off.

The Senegal international looked to console James and attempted to go in for a hug, only to be rejected. Mane didn’t deem too upset and could then be seen smirking at the full-back.

Mohamed Salah equalised from the spot but they were unable to find a winner as Chelsea defended resiliently throughout the second half.

“I never like the double punishment, but if someone ever listened to me about the rule changes or rules, then a lot of things would look completely different, but they still look like they look,” Jurgen Klopp said after the game.

“It was absolutely harsh and yes it spoiled the game, probably.”