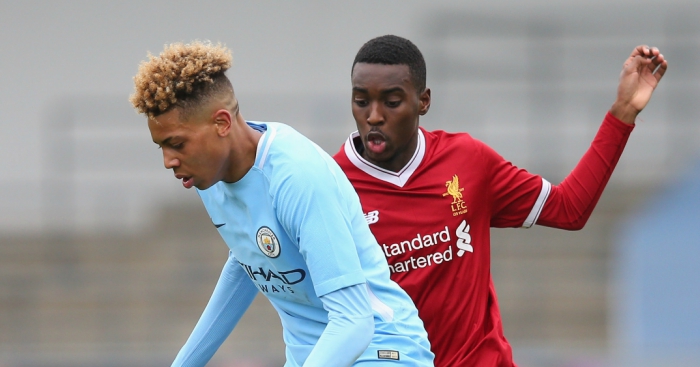 After scoring a screamer against Manchester United last month, Liverpool youngster Rafael Camacho is exciting supporters once more with another stunning goal.

Camacho hit the headlines after netting a brilliant goal against United in the UEFA Youth League, prompting Jurgen Klopp to call him up to train with the first team.

And the 17-year-old has been at it again, hitting a brilliant left-footed strike into the top corner from 20-yards.

The winger, who has been with the Reds since 2015, picked up the ball on the left hand side of the pitch before a darting run towards the edge of the box.

He played a one-two with Yasser Larouchi before taking the ball onto his left foot and hitting the ball in such a way that it looped into the top corner with power and precision.

And, even better, Camacho’s belter against Manchester United came with the opposite foot.

Watch the goal in all its glory below.