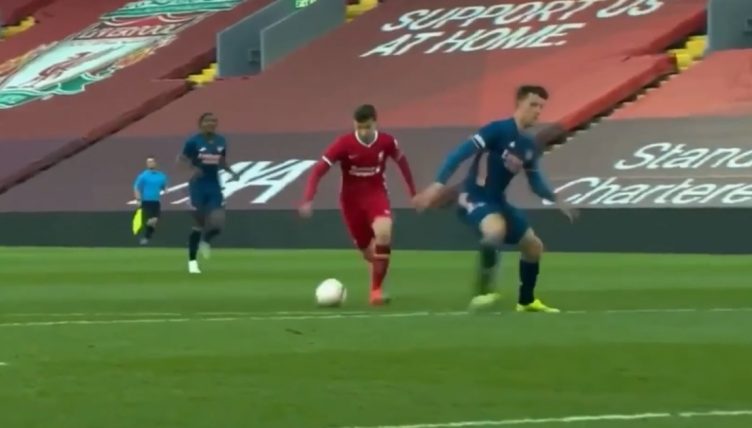 There’s plenty of hype behind Liverpool‘s 17-year-old Polish attacker Mateusz Musialowski, and it’s easy to see why from his latest goal for the Under-18s.

The young Reds beat Arsenal 3-1 to progress to the FA Youth Cup quarter-finals on Friday night, and once again it was Musialowski catching the eye.

The youngster made the headlines for a sensational goal that earned him Liverpool’s Goal of the Month award for March, the first time a player not named Mohamed Salah was given the award this season.

He showed it was no fluke against Arsenal, receiving the ball far away from goal, with a covering Gunners defender to beat, and doing so with some exceptional close control, turning one way, another, and back again, before finishing expertly.

It will probably do the teenager no favours, but it’s true: watch how he carries the ball and he genuinely moves like Lionel Messi. No pressure, kid.