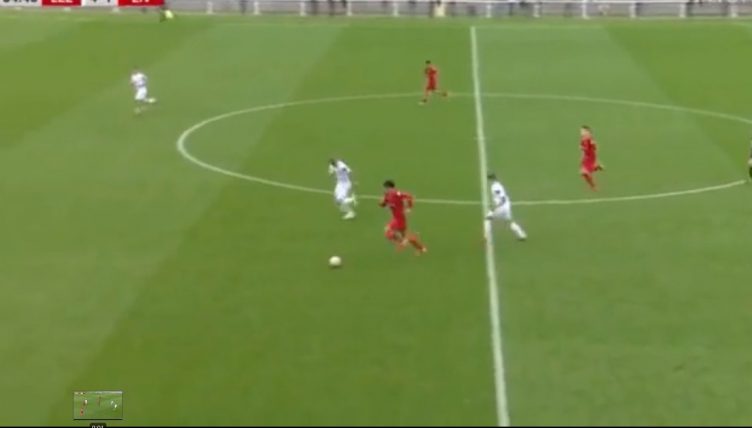 It wasn’t Liverpool‘s Under-18’s day as they lost 5-2 at Leeds United in the U18 Premier League North on Saturday afternoon, but rising star Stefan Bajcetic produced a sit-up-and-take-notice moment.

Bajcetic is a Spanish youth international and joined the Reds back in February 2021, having moved from Celta Vigo. It proved a testing 90 minutes for the first-year scholar, who can play in midfield or centre-back, as Leeds ran riot by scoring five goals.

Earlier this week, Kaide Gordon turned heads on his senior debut with a dazzling performance in the Carabao Cup against Norwich – but they have another special 16-year-old on their books on this evidence.

He did absolutely brilliant to ride more than one challenge and go driving up the pitch, having won back possession on the edge of his own penalty area.

The youngster eventually makes it all the way to the opposition box and creates a good chance for his team-mate, who took a heavy touch and was smothered by the keeper. What an assist it would have been though.