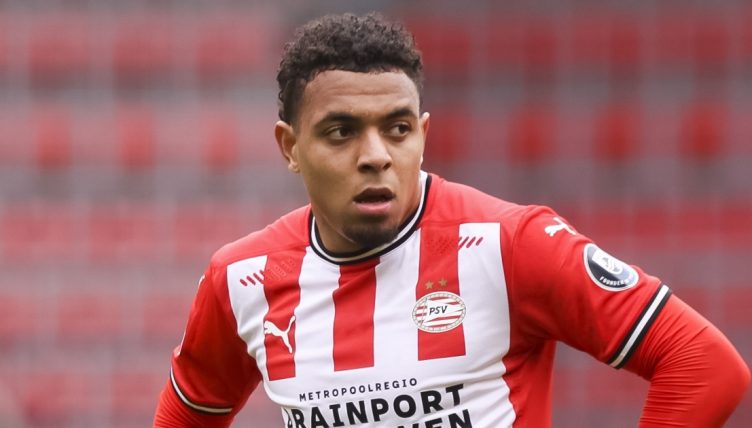 Malen, who used to be on Arsenal’s books, has made quite the impression in Dutch football. He’s scored 23 goals in 39 appearances this season, which has attracted the attention of Liverpool.

And the 22-year-old scored another great goal during the match against Heracles Almelo on Easter Sunday.

A long ball found Malen in space on the left-wing but, with an opposition defender closing in, his options looked limited.

That didn’t deter him. Powering past his adversary, Malen cut inside and thundered a shot home at the near post.

PSV would go on to win 3-0 and saw them move up to second in the table.

After impressing all season, it would be a surprise if Malen remained in Eindhoven next season.

Liverpool target Donyell Malen is turning into something special