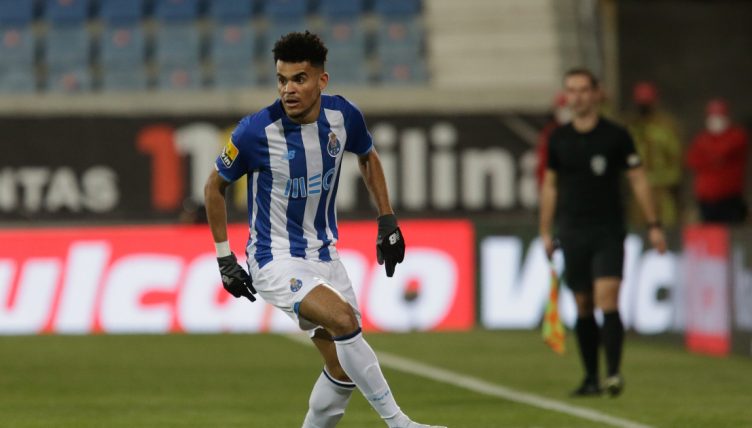 Luis Diaz scored an impressive goal for Porto against Familcao amid serious interest from Liverpool.

The 25-year-old Colombian made a clever run in behind the defence, being found by his teammate with a good pass.

He then rocketed the ball past the goalkeeper and into the top corner in a goal that surely made Jurgen Klopp swoon.

It was his 14th league goal in 18 games and he has also provided five assists for his team-mates as well.

It is a rich vein of form from the Colombian which has seen him garner interest from both Tottenham and Liverpool.

Spurs’ first bid was reportedly rejected by Porto, but Liverpool have stepped in and supposedly come to an agreement with the Portuguese side.

The reported fee is around €40million initially, with €20million in ‘easy’ add-ons and a further €5million in harder ones.

Liverpool have long held an interest in the winger and will hope he can provide depth and reinforcement for the team as they compete for the Premier League and Champions League in the second half of the season.

The Merseyside club remain second in the Premier League table and nine points off leaders Manchester City but they do have a game in hand.

With Diaz’s signing Klopp will hope to be able to catch City whilst maintaining competitiveness in the Champions League, where the Reds will face Inter Milan in the Round of 16.

Liverpool have had a tendency to make important transfers in January, with Virgil van Dijk joining the club during the 2018 winter window.