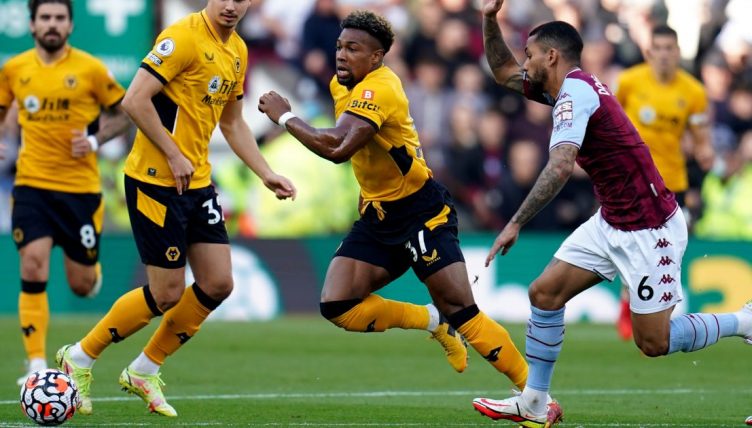 Wolves supercharged winger Adama Traore is reportedly attracting the attention of Liverpool – and a brilliant run against Aston Villa on Saturday will have done nothing to dampen the Reds’ interest.

Wolves travelled to Villa Park for the Midlands derby on Saturday and pulled off a remarkable comeback, turning a 2-0 deficit into a 3-2 win, with Ruben Neves’ free-kick winner coming in stoppage time.

But one of the most eye-catching moments of the game came in the first half with the score at 0-0.

A loose pass was picked up by Traore inside his own half, but he immediately made a beeline for goal, charging past four Villa players and bursting into the penalty area.

As is often the case, his finishing let him down, the shot saved easily by Emi Martinez. But if Liverpool think they can iron out that crease in Traore’s game, then the run itself will certainly tempt them to invest.

According to Catalan newspaper El Nacional, Liverpool have already contacted Wolves about a January deal for Traore and Jurgen Klopp is said to be awaiting the former Barcelona player “with open arms”.

Just saw this run by Traore, only if the man could finish. Would be one of the most dangerous wingers itw. Needs to go play under a proper manager pic.twitter.com/FqjXyDXoJv