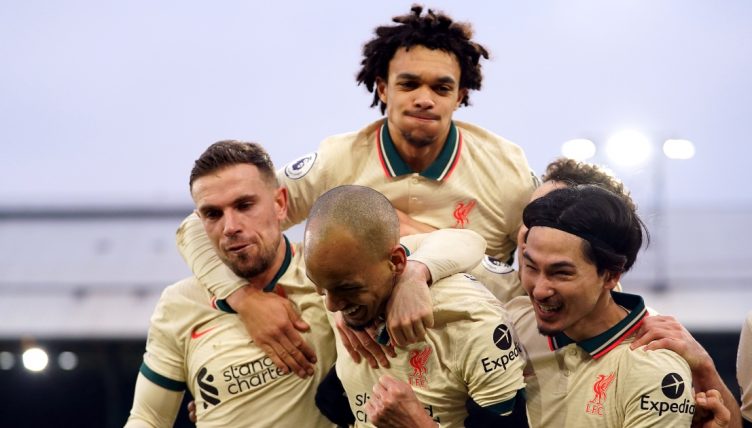 While Trent Alexander-Arnold didn’t get an assist in Liverpool’s 3-1 win over Crystal Palace, he did play a key role in their third goal.

Liverpool took an early lead at Selhurst Park when Virgil van Dijk headed home Andy Robertson’s cross and Alex Oxlade-Chamberlain made it 2-0 in the 32nd minute.

But Odsonne Edouard scored in the second half and Liverpool needed Alisson to be at his best to prevent Palace from getting an equaliser.

With Liverpool under pressure, Alexander-Arnold made an interception before playing an incredible 70-yard pass into the path of Diogo Jota.

After Jota was brought down Vicente Guaita, VAR awarded a penalty and Fabinho stepped up to secure the three points for Liverpool.

“The assists and positions he gets himself in, he’s brave got a lot of courage – what a brilliant player.”