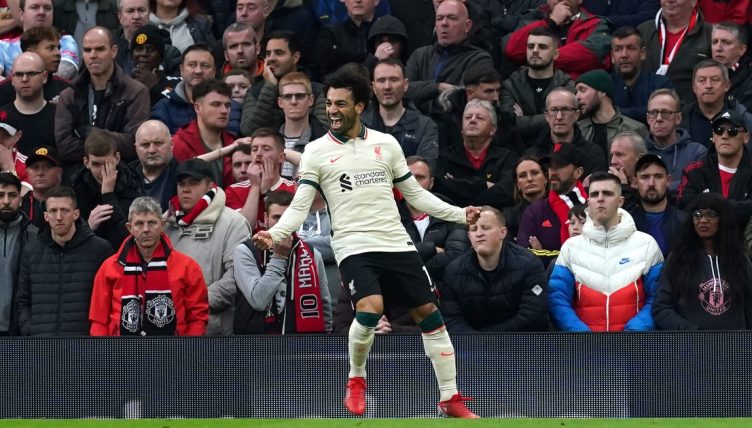 Liverpool have enjoyed some brilliant results over the years – but their 5-0 hammering of Manchester United is one of the very best.

The Reds travelled to Old Trafford for the Premier League fixture in October 2021 and emphasised the vast gulf between the sides in brutal fashion.

Naby Keita broke the deadlock in the fifth minute before Diogo Jota slid in at the back post unmarked to add a second eight minutes later.

Mohamed Salah then stole the show, becoming the first opposing player to score a hat-trick at Old Trafford since Ronaldo did so for Real Madrid back in April 2003.

Liverpool have now released a video showing Virgil van Dijk and Ibrahima Konate, who started at Old Trafford, giving an alternate commentary of some of the match’s highlights.

The centre-back duo certainly enjoyed reflecting on the historic day and could be seen laughing throughout most of the video.

One moment that caused controversy at the time was Cristiano Ronaldo’s kick out at Curtis Jones. When the incident was shown on the highlights, Van Dijk spoke about how the team confronted Ronaldo.

“Look, the whole team together here,” the Netherlands international said. “The Reds. As a team, we backed each other. It was nice to see.”

“Wow, what am I seeing here?” Van Dijk said. “Outside of the foot. Incredible.

“5-0, Hendo’s pass. Incredible, underrated – no one’s talking about this. Wow, but look at Hendo’s pass with the outside of his foot. Mo only has to do a little work.”

“Did you know that Naby lad was that quick?!” 😱@QuornFoods presents the next instalment of the 𝑨𝒍𝒕𝒆𝒓𝒏𝒂𝒕𝒊𝒗𝒆 𝑪𝒐𝒎𝒎𝒆𝒏𝒕𝒂𝒓𝒚 series, as @VirgilvDijk and @IbrahimaKonate_ recap our last clash with Manchester United 🎙️ pic.twitter.com/br1h255bNp

From near-greatness to full disaster: How Houllier’s Liverpool lost the plot