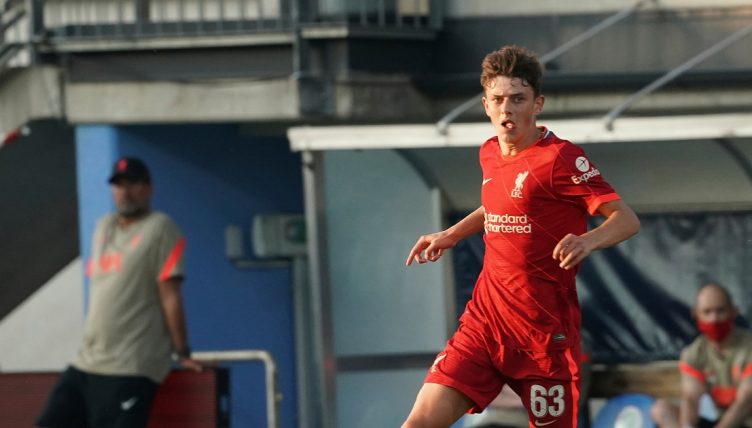 Beck, the great-nephew of Liverpool icon Ian Rush, was awarded a five-year contract by the club last month and scored the winner during the senior team’s 1-0 win over Mainz in a pre-season friendly.

And now the left-back has caught the eye with the most impudent nutmeg you’re likely to see this summer.

Curtis Jones, another Liverpool academy graduate, was on the receiving end during a training ground session of piggy in the middle.

Jones must have thought he was about to regain possession when a slightly short pass travelled towards Beck.

But the youngster beat him to the punch and slipped the ball through his legs with a casual flick and was met with excitable yelps from the group.

The vanquished Jones took it well and held his hands up to admit defeat.