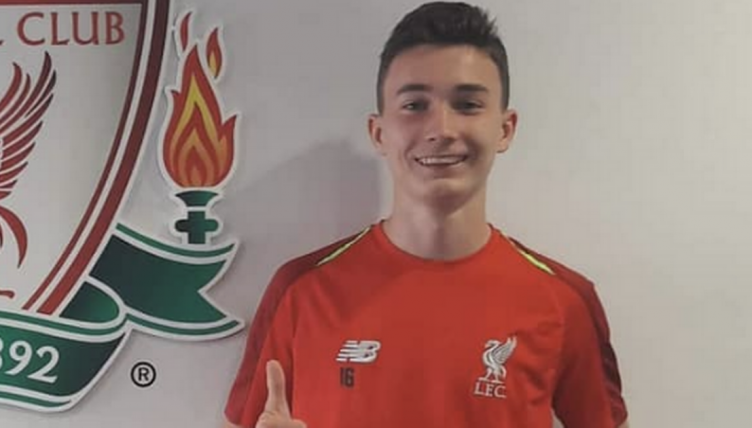 Born in 2003, Musialowski was signed from Polish side SMS Lodz in August 2020 and went straight into Liverpool’s academy.

He has been in impressive form this season, racking up six-goal contributions for the U18s this season – including the winner against local rivals Everton last month.

And the 17-year-old scored an impressive solo goal during their latest Premier League North victory.

Musialowski picked up the ball on the half-way line and proceeded to run at the Newcastle defence. His dribbling skills forged a path through his opponents and the Liverpool starlet found himself through on goal.

Leaving four Newcastle players trailing in his wake, Muisalowski went past a fifth before striking his shot past the unsighted goalkeeper.

With another standout moment during his debut year with the club, the young winger looks to have a bright future at Liverpool.