Watch: Liverpool youngster scores goal Dirk Kuyt would have been proud of 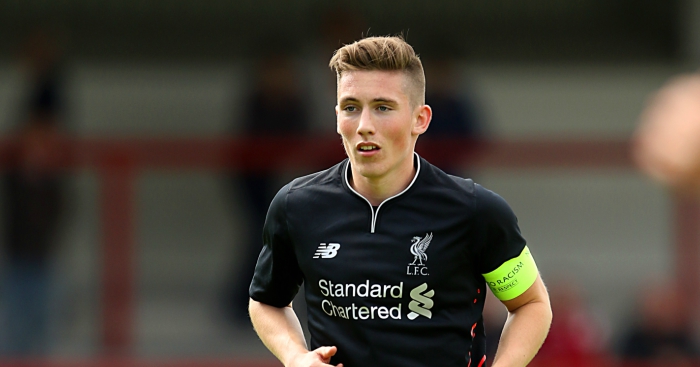 Harry Wilson is certainly well thought of at Liverpool – but the youngster will never get to score an easier goal than the one he was gifted on Friday night.

Liverpool’s Under-23s drew 1-1 with Charlton Athletic in the Premier League Cup, with Wilson bagging the equaliser not long before half-time.

The 20-year-old is one of the most exciting prospects at Liverpool having scored 28 times last term, and his effort at the Valley means he has already scored six goals this campaign.

Admittedly, the attacker has Charlton’s goalkeeper to thank for gifting the ball on a plate, but the Reds youngster’s finish was perfectly reminiscent of another Liverpool hero – think Dirk Kuyt against Manchester United.