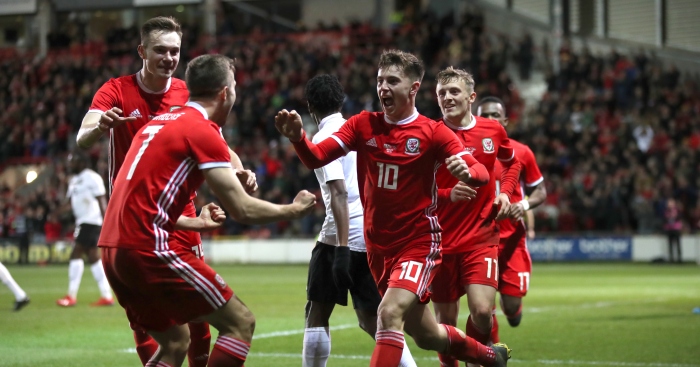 Liverpool youngster Ben Woodburn came to Wales’ rescue on Wednesday night with a stoppage-time winner against Trinidad and Tobago at the Racecourse Ground.

Wales faced their lowly-ranked opponents in a friendly ahead of their Euro 2020 qualifier against Slovakia, with manager Ryan Giggs handing chances to a number of fringe players.

Woodburn was one of those players handed a start, during a frustrating season in which he struggled to break into Sheffield United’s starting XI while on loan at Chris Wilder’s promotion chasers in the first half of the campaign.

The attacker bagged his second international goal by converting from close range after good work from debutant Will Vaulks down the right, and the crowd at Wales’ first game in the north of the country since 2008 definitely enjoyed the moment.