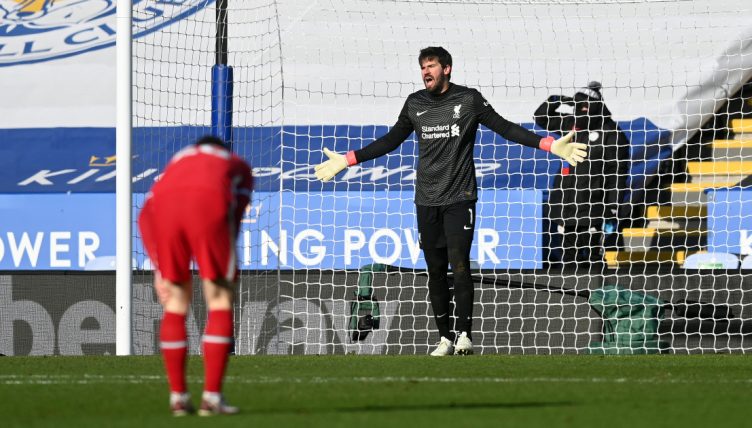 It was another day to forget for reigning Premier League champions Liverpool as they were beaten 3-1 by Leicester City at the King Power.

After an uneventful first half, Mohamed Salah broke the deadlock in the 67th minute following a wonderful flicked pass from Roberto Firmino.

But then Jurgen Klopp’s side simply imploded.

A James Maddison free-kick was allowed to stand after VAR finally confirmed that Daniel Amartey was not stood in an offside position.

Following his nightmare spell against Manchester City a week ago, Alisson will have hoped for a quieter game against the Foxes, but the goalkeeper got into a horrible mix up with debutant Ozan Kabak, as he rushed from his goal.

Jamie Vardy was the only beneficiary, pouncing on the loose ball and slotting into the empty net.

Harvey Barnes wrapped things up late on with a cool finish, but it is the mix up between Allison and Kabak that will live longest in the memory.