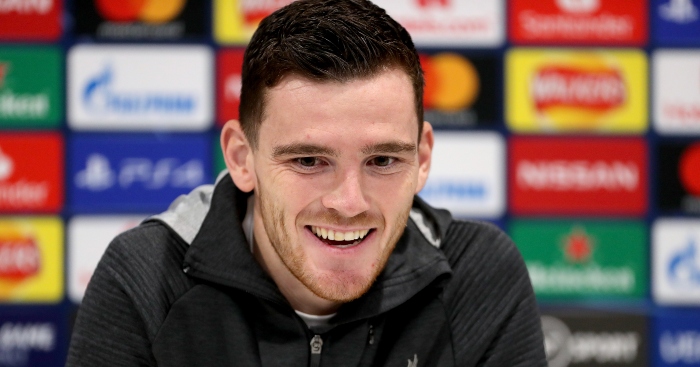 Liverpool made hard work of their Club World Cup match against Monterrey, but the Mexican side did plenty to frustrate the Reds.

Naby Keita’s first-half opener was quickly cancelled out by Rogelio Funes Mori, brother of former Everton defender Ramiro, only for Roberto Firmino to come off the bench to earn Jurgen Klopp’s team a last-gasp victory.

At one point, Andy Robertson’s frustration was in danger of boiling over when an opponent engaged in a bit of… well, let’s call it play-acting. This is Robertson we’re talking about, though, so he had things in control.

The Scot has never been one to mince his words, and it was no different here as Rodolfo Pizarro fell to the turf and rolled around.

We sense Robertson wouldn’t have acted any differently if there was no microphone in range, but it still felt refreshing to hear a very noticeable “f*cking hell, honestly?” as Pizarro overreacted to a Liverpool challenge.

How can you not love this man 🏴󠁧󠁢󠁳󠁣󠁴󠁿 #LFC #YNWA pic.twitter.com/PcALZ0wD6n

Ryan Babel didn’t reach his full potential, but football needs more like him