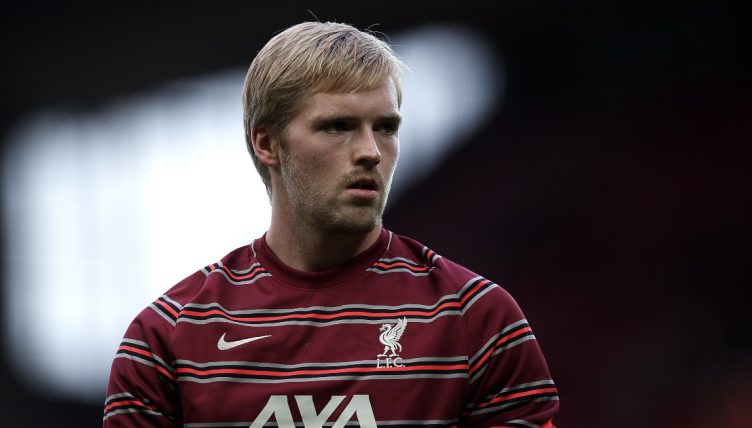 Liverpool‘s Caoimhin Kelleher marked his first appearance of the season with a penalty save against Norwich City in the EFL Cup.

Kelleher came through Liverpool’s academy and made his first-team debut against MK Dons in the third round of the League Cup in 2019.

He has some fond memories of the competition and produced the match-winning save in their penalty shootout victory over Arsenal two years ago.

“For youngsters, it’s a big competition for us as we know we’ll get opportunities and game time,” Kelleher told Liverpool’s official website. “It’s everything for us if we’re involved and we want to win and give 100 per cent when we get the opportunity to show that we’re good enough and capable to play in more games. We’re really looking forward to it.

“A Carabao Cup round-three game is probably to the public not the biggest of games, but to me it was probably the biggest game of my life and a big moment for me. The competition for us players, and when you get the chance to play, is really exciting.”

The 22-year-old was named in the starting Xl against Norwich and watched on as Takumi Minamino gave Jurgen Klopp’s side an early lead.

After Conor Bradley brought down Dimitris Giannoulis on the stroke of half-time, Kelleher then saved Christos Tzolis’s penalty with his feet.

Christos Tzolis's penalty was saved by Caoimhin Kelleher and Norwich failed to take advantage of the chance to get back in the game!

📺 Watch the second half live on Sky Sports Football pic.twitter.com/6BwsdZ5WRM