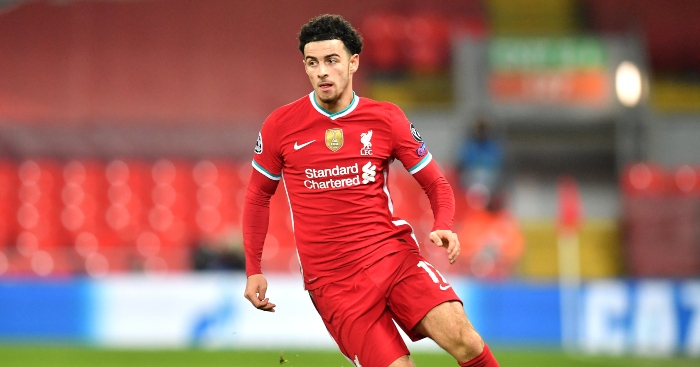 Trent Alexander-Arnold is the Reds’ usual free-kick taker but Virgil Van Dijk scored a few goals from set-pieces during his time at Celtic.

Jones came through the Liverpool academy and burst onto the scene in January 2020 with an incredible FA Cup winner against Everton.

The 19-year-old has already established himself as a first-team regular under Jurgen Klopp, making 19 appearances in all competitions in 2020-21.

He can now add free-kick specialist to his growing array of skills after hitting a brilliant effort into the top corner with his weaker left foot.

Jones was clearly impressed with his own strike and wheeled away in celebration at the AXA Training Centre.