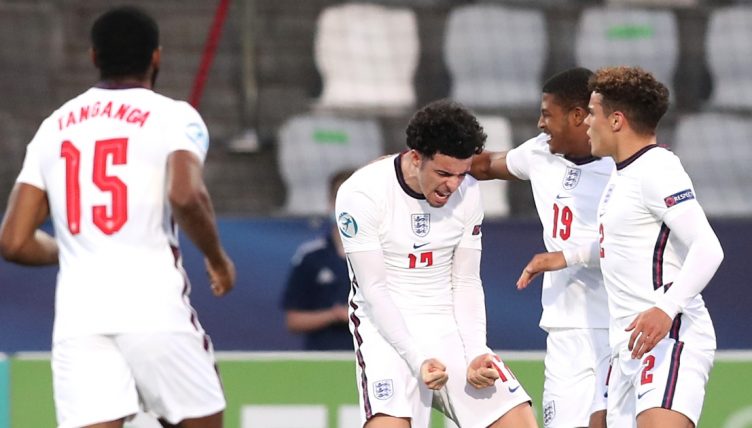 Liverpool‘s Curtis Jones marked his return to the England Under-21s starting XI with a goal, their second in a 2-1 victory over Croatia’s Under-21s, but it wasn’t enough to stop them crashing out of the Under-21 European Championship.

Jones had controversially been left out of Aidy Boothroyd’s starting line-ups as the Young Lions began the tournament in underwhelming fashion, with back-to-back defeats to Switzerland (1-0) and Portugal (2-0).

But they bounced back with a solid result against Croatia, in which the 20-year-old midfielder doubled England’s lead in the 73rd minute, after an early penalty from Crystal Palace’s Eberechi Eze put them ahead.

It looked to be a crucial goal for England, but Croatia scored a late injury-time goal in response, and it was far from a consolation – it meant they progressed through to the next stage at England’s expense due to goal difference.

Jurgen Klopp will no doubt be hoping the youngster returns to Liverpool in a confident mood, with a crucial period coming up – the Reds face Arsenal on Saturday before a double-header against Real Madrid in the Champions League quarter-finals.