Watch: Liverpool’s Diogo Jota gets yet another headed goal for Portugal 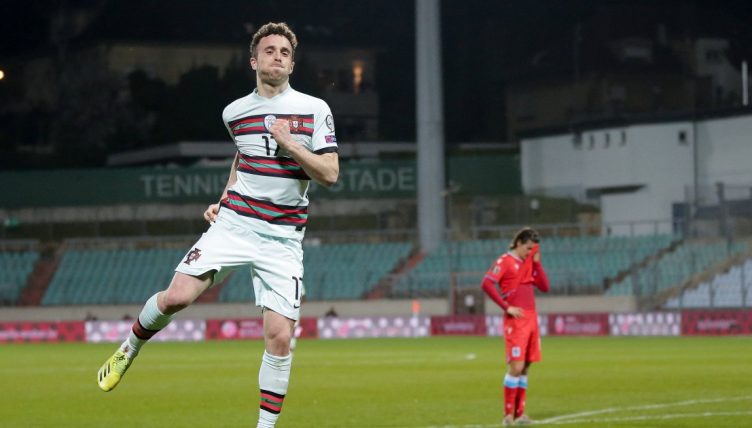 Since returning to full fitness following two-and-a-half months on the sidelines, Liverpool‘s Diogo Jota has quickly rediscovered his best form.

Jota joined Liverpool in 2020 and made a blistering start to life at Anfield with nine goals in 17 games in all competitions, including a hat-trick in the Champions League against Atalanta.

He returned as a second-half substitute in the 1-0 defeat to Chelsea and scored the winner against former club Wolves before the international break.

Jota was an unused substitute during Portugal’s 1-0 win against Azerbaijan but netted two headed goals in their 2-2 draw against Serbia.

The 24-year-old also started against Luxembourg and scored a brilliant equaliser, leaping like Cristiano Ronaldo to steer Pedro Neto’s cross into the net.

Ronaldo then gave Portugal the lead in the 50th minute before Gerson Rodrigues’ header sealed the win.