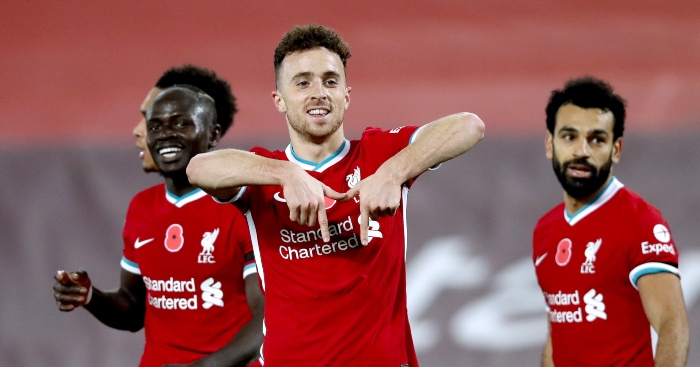 Since joining Liverpool from Wolves in the summer, Diogo Jota has quickly become a fan favourite at his new club.

Jota has enjoyed an incredible start to life at Anfield, scoring eight goals in his first 12 appearances for the Reds in all competitions.

He further endeared himself to their supporters by staying on his feet despite being pushed in the back during the second half.

After referee Chris Kavanagh gave a throw-in to Leicester instead of a free-kick for Liverpool, Jota was picked up by microphones telling the official: “Next time I dive.”