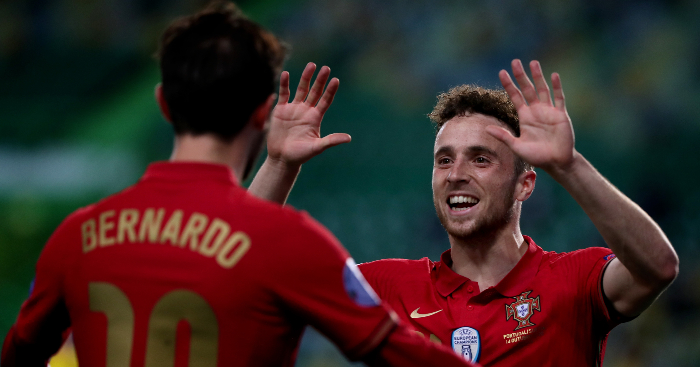 Portugal were without Cristiano Ronaldo for their Nations League clash with Sweden, but didn’t need him as Liverpool‘s Diogo Jota put in a sensational individual display in a 3-0 win.

He set up Bernardo Silva’s opener midway through the first half before adding the second and third himself. He also played a further two key passes, created one big chance and completed four of five attempted dribbles.

But Liverpool fans ought to be particularly excited about his second goal, picking up the ball out wide before cutting inside and providing a neat finish past Everton’s new signing Robin Olsen, in a decent impression of Mohamed Salah or Sadio Mane.

Watch his second goal below:

This is Diogo Jota's world, we are only living in it pic.twitter.com/RyOf9DmQ0Z