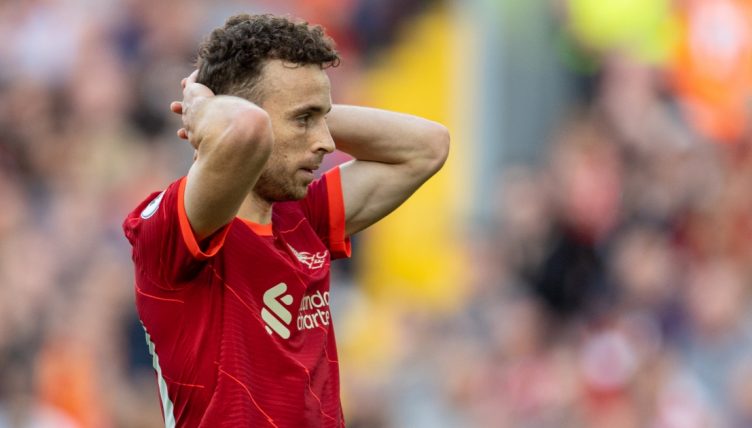 Diogo Jota was missing his goal-scoring boots during the first half of Liverpool‘s Premier League game against Crystal Palace.

Jota enjoyed an impressive debut season at Liverpool in 2020-21, scoring 13 goals in 30 appearances in all competitions.

The Portugal international has already scored two goals for the Reds in 2021-22 and looked set to add to his tally against Patrick Vieira’s side.

During the 37th minute at Anfield, Thiago Alcantara met Jordan Henderson’s cross and forced a save from Palace goalkeeper Vicente Guaita.

The ball then landed at Jota’s feet, but he somehow fired over the ball from just three yards out. Fortunately for Jota, Sadio Mane scored moments later to give Liverpool the lead at half-time.

You won't hear about it because his name is not Timo Werner pic.twitter.com/yBRHBc8yni