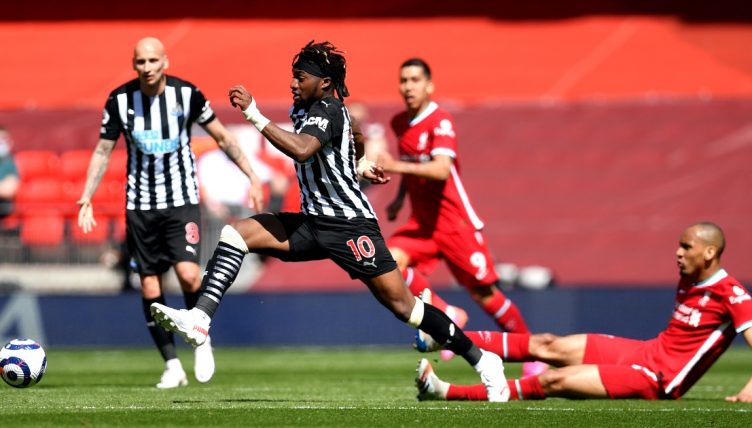 Liverpool midfielder Fabinho took one for the team after fouling Newcastle’s Allan Saint-Maximin with a cynical shoulder charge.

With the game entering its latter stages, Liverpool were desperate to protect their 1-0 lead.

So when Newcastle dangerman Saint-Maximin instigated a quick counter-attack after latching onto a defensive clearance, Fabinho sensed danger.

In response, the Brazil international strode across and dished out a brutal shoulder charge to bring the attack to a juddering halt.

Saint-Maximin was pole-axed and the referee had little alternative than to book the midfielder.

Liverpool remain sixth after these two dropped points with their hopes of Champions League qualification receding by the week.

Watch: Thiago Alcantara threads an exquisite through ball for Liverpool