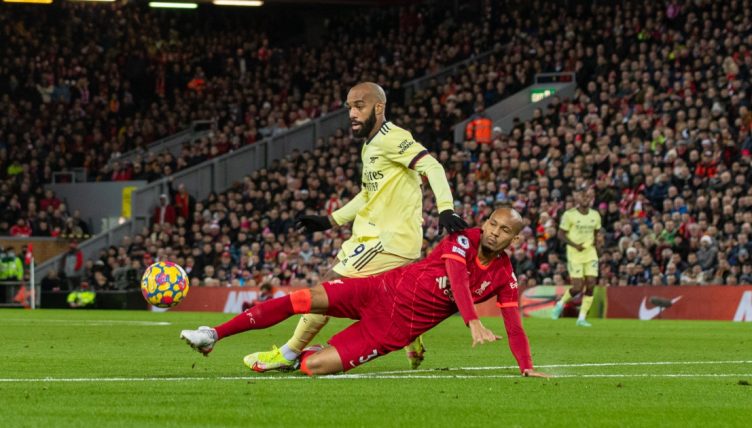 Fabinho put in an outstanding performance during Liverpool’s 4-0 win over Arsenal and killed one counter-attack, led by Pierre-Emerick Aubameyang, stone dead with an inch-perfect tackle.

Liverpool took their time to break down stubborn opponents but, once Sadio Mane had given them the lead, proceeded to dismantle Arsenal with an awesome display of power and precision.

And the Brazil international typified much of what made Liverpool’s performance so good. Fabinho was excellent at driving Jurgen Klopp’s side forward while protecting the back four – as this tackle on Aubameyang showed.

With the game still goalless, Arsenal turned a Liverpool corner into an attacking opportunity with a swift transition that left Fabinho facing a three-man assault alone.

But, as Aubameyang attempted to race clear, the 28-year-old executed a brilliantly timed tackle to stop the move in its tracks. Minutes later, Liverpool had opened the scoring and the game was effectively won.

A tackle that was as crucial as it was brilliant.