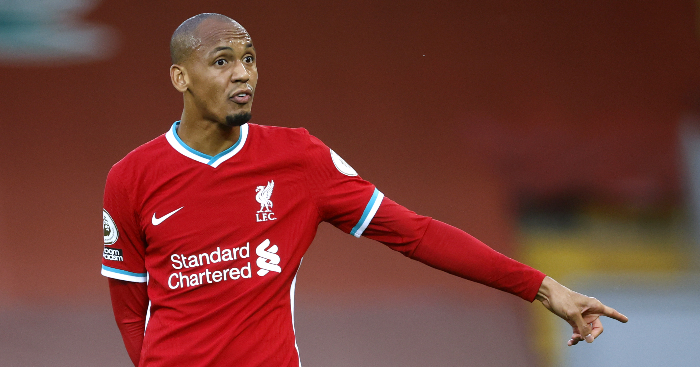 Despite playing in defence for the majority of this season, Liverpool’s Fabinho has still been able to showcase his Brazilian flair.

Injuries to Virgil van Dijk and Joe Gomez have seen the 27-year-old fill in at centre-back in recent weeks, earning plenty of plaudits in the process.

After Joel Matip joined Liverpool’s lengthy casualty list, Fabinho partnered Rhys Williams in the heart of their defence against Tottenham.

With the scores level at 1-1, the Brazil international came out of defence and produced a brilliant piece of skill to get past Lucas Moura and Son Heung-min, who must really be sick of Liverpool players.

Roberto Firmino then took Liverpool back to the top of the Premier League and made former Spurs manager Tim Sherwood look like a fool with his 90th-minute winner.