Watch: Liverpool’s Harvey Elliott gets yet another assist for Blackburn 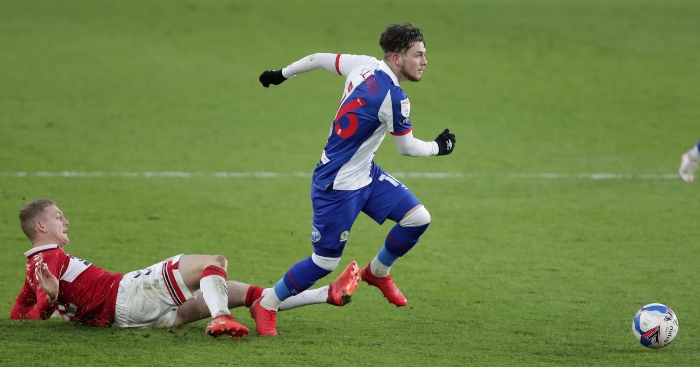 Liverpool loanee Harvey Elliott recorded his ninth assist of the season during Blackburn’s 1-0 win over Middlesbrough.

Elliott has been enjoying a breakout season for the Championship side, leading to Liverpool fans salivating over his huge potential.

The 17-year-old has proven to be a crucial part of the Blackburn side as they push for a return to the Premier League.

Halfway through the second half against Middlesbrough, a fellow play-off rival, Elliott was integral during the team move that secured Rovers the points.

Showing incredible poise on the ball, the midfielder exchanged a one-two with Adam Armstrong and found himself in behind the Boro defence.

Elliott slid the ball across goal and the quality of the cross meant Joe Rothwell simply couldn’t miss.