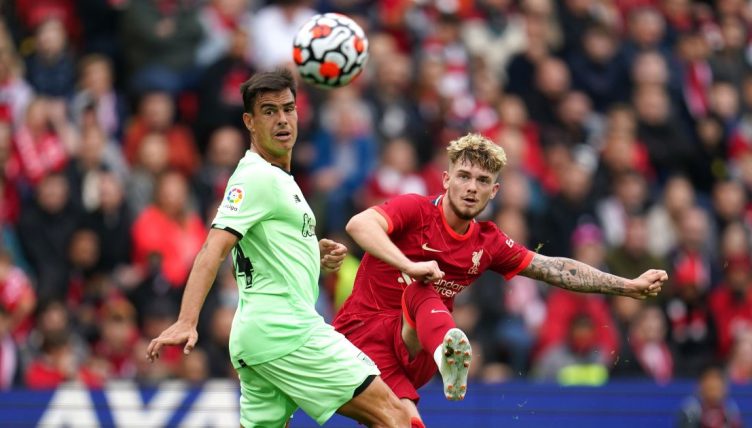 Liverpool‘s Harvey Elliott was inches away from scoring a sensational goal in their pre-season friendly against Athletic Bilbao.

The 18-year-old is now back at Anfield and is hoping to stake his claim for a place in Jurgen Klopp’s starting Xl ahead of 2021-22.

He started in a midfield three alongside Naby Keita and James Milner against Bilbao and Diogo Jota gave the Reds an early lead.

During the 74th minute, Elliott showcased his impressive footwork on the right flank before seeing his strike bounce back off the crossbar.

“He can play [central midfield]. He can play up front, the right wing,” Jurgen Klopp said after the game. “He smashed the bar. He is different, he can play a few positions, no doubt about it.

“We wanted to try him in midfield in pre-season to get him more involved. He made big steps.”