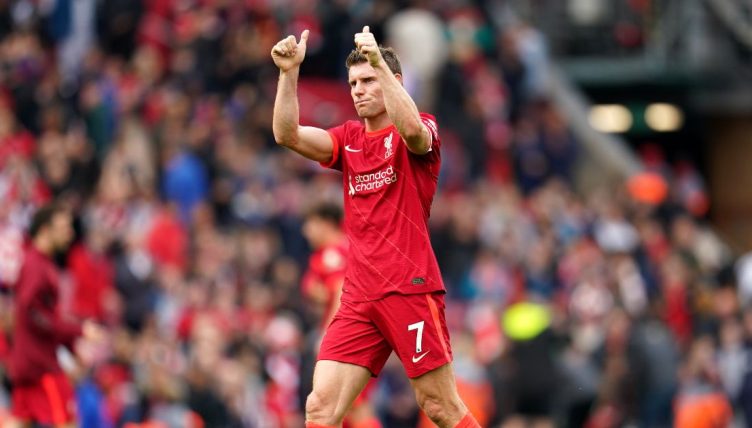 Kostas Tsimikas, who joined Liverpool from Olympiakos in 2020, deputized for the injured Andy Robertson and made his Premier League debut at Carrow Road.

Despite producing an impressive performance, the left-back did get robbed off the ball on the edge of his own area in the second half.

While Norwich were unable to capitalise on the mistake, Milner shouted at Tsimikas in a bid to liven him up before giving him a slap around the back of the neck.

“Very good, very good,” Jurgen Klopp said of Tsimikas’ display. “I would say for at least 80 minutes very good, played good, was involved in all the offensive stuff, defended well. Then obviously someone pulled the plug a little bit!

“That’s normal after that long period, so it was a really good debut. From the start in an away game, he played a really good game.”