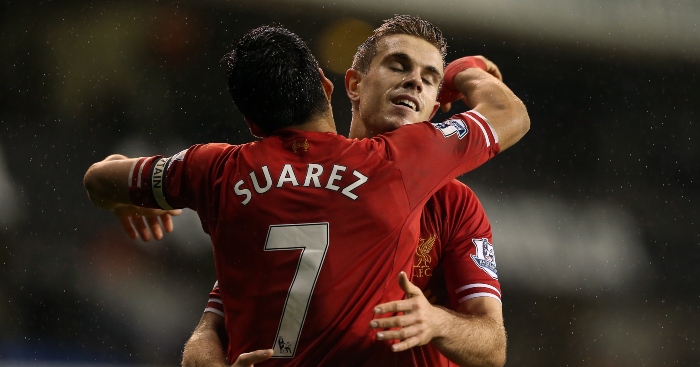 Luis Suarez developed into one of the best strikers in the world at Liverpool and his winning mentality made him a fan favourite at Anfield.

Jordan Henderson played alongside the Uruguay international for three years and the midfielder lavished praise on his former team-mate while talking to Rio Ferdinand on the Locker Room.

The current Red skipper told Ferdinand about a time when Suarez’s foot was so swollen he had to wear Steven Gerrard’s boots during a game.

But Suarez didn’t let that affect him, and he battled through the pain barrier before scoring a sensational free-kick for Liverpool.