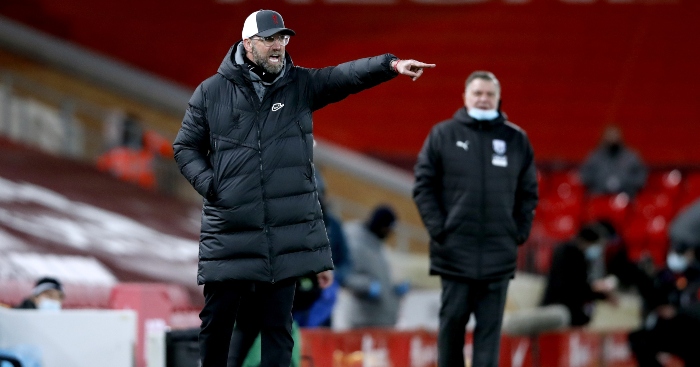 Liverpool manager Jurgen Klopp was booked after a furious tirade during their 1-1 draw with West Bromwich Albion.

The reigning Premier League champions were expected to stroll past their relegation-threatened opponents but, as the second half progressed, their 1-0 lead was looking increasingly slender.

Klopp’s frustrations boiled over after a foul was given against Neco Williams. Bellowing in anger at the award of the free-kick, the manager was shown a yellow card by referee Kevin Friend.

Liverpool had the chance to move five points clear at the top of the Premier League but Semi Ajayi’s late equaliser will cause Klopp further frustration.