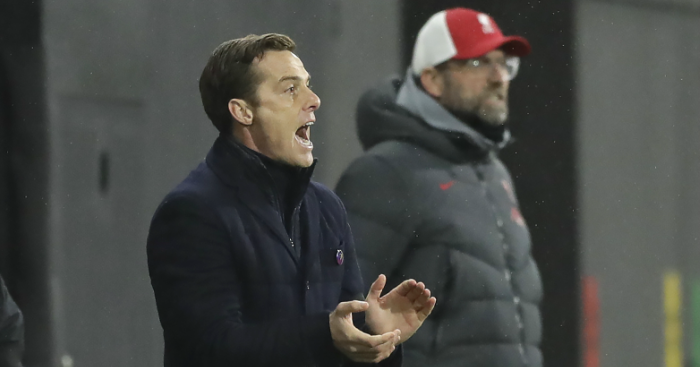 Before their 1-1 draw at Craven Cottage, Klopp was asked what dangers he foresaw in his opponents by the Sky Sports reporter.

Answering with his tongue lodged firmly in his cheek, the German answered: “They are a good-looking football team – just like their manager!”

Flashing his trademark grin, he continued: “I don’t know him well, but he looks good! Everything but their results has been very nice so far, especially their style of play.”

Considering we have previously rated Parker’s haircut the best in the Premier League, we can see where Klopp is coming from.

🗣"They are a good looking football team like the manager" 🤣