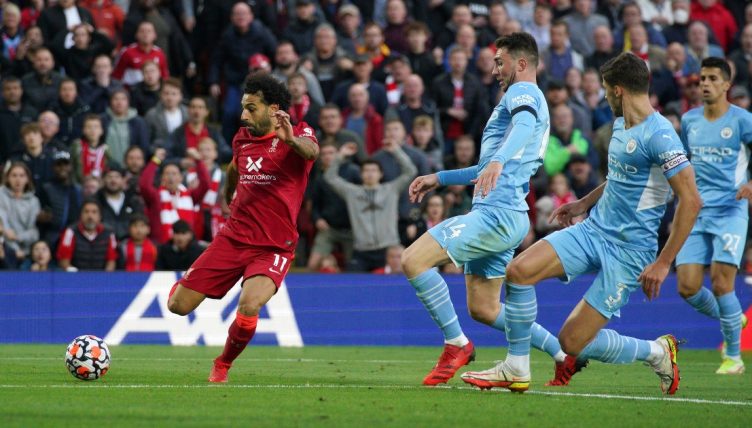 Liverpool‘s Mohamed Salah was in irresistible form throughout October, scoring seven goals in five games in all competitions.

Salah’s most memorable performance came against Manchester United, where he became the first opposing player to score a Premier League hat-trick at Old Trafford.

But the Egypt international also scored goal-of-the-season contenders in their 2-2 draw with Manchester City and their 5-0 win over Watford.

During an interview with Optus Sport, Salah admitted that he has watched both goals back and also revealed what went through his mind

“Once I dribbled [past] the first one there was an ‘ayyy’, exactly the same feeling as the City goal. I cut back in because I don’t know if the centre-back was going to think I’m going to do it like City.

“It’s a nice feeling when you see the ball going inside the net because I don’t want someone to save it from the line or something You see the fans so excited; that’s what makes the goal better.”

Mohamed Salah analysing his goals vs Man City and Watford. His smile while watching those goals. 😍🇪🇬👑pic.twitter.com/FSqn4uxswV