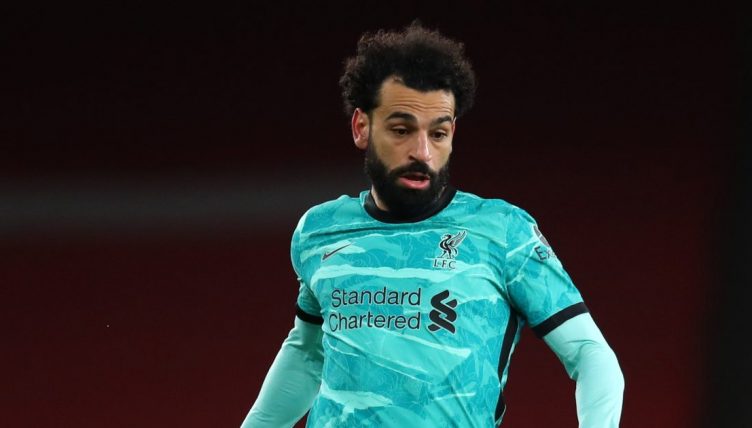 Despite scoring in Liverpool‘s 3-0 win over Arsenal, Mohamed Salah still cut a frustrated figure at the end of the game.

Salah then capitalised on some poor defending and doubled their lead four minutes later, taking his Premier League tally to 93 goals in 150 appearances.

Jota slammed home his second from close range with eight minutes left and the Reds had a golden opportunity to score a fourth goal in the dying moments of the game.

After Alisson launched the ball up towards Salah, the Egpyt international held off Gabriel before laying the ball off to Sadio Mane.

The Senegal international then hit his effort straight at Leno, while Salah put his hands on his head and fell to the ground in frustration.

Salah's dedication to the team is second to none. My king. pic.twitter.com/OmQX59l8a3