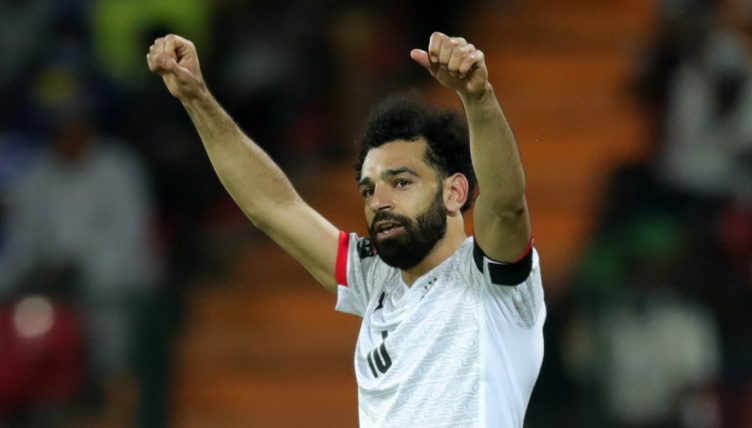 Liverpool’s Mohamed Salah has opened his account at the 2021 Africa Cup Of Nations, scoring a vital goal for Egypt in stunning style with a sumptuous volley.

The Pharaohs began their campaign in underwhelming fashion, looking a little flat in attack as they suffered a 1-0 defeat to Nigeria, with the match ultimately settled by an excellent finish by Leicester City’s Kelechi Iheanacho.

The defeat in the opener cranked up the pressure for Egypt and their talisman Salah, who is widely regarded as the form player in world football, as they took on an unfancied Guinea-Bissau side at the Stade Omnisport Roumde Adjia in Garoua, Cameroon.

It was another difficult match for Egypt on Saturday evening as they toiled to break the deadlock against Guinea-Bissau, with Salah striking the post in the first half, while Arsenal midfielder Mohamed Elneny lost his rag at the referee for failing to show a red card for a last-man foul on the Liverpool man.

But with the tension increasing, and the clock ticking on, Salah served a reminder why many consider him the best player in the world when he held his run to get onto the end of a looped ball in from Al Ahly midfielder Amr El Solia.

When the ball dropped across his body, he connected well on the first-time volleyed finish, putting enough power on the strike to evade the Guinea-Bissau goalkeeper at his near-post.

The strike proved to be the match-winner for Egypt, who won 1-0 after a late Guinea-Bissau equaliser was ruled out for a foul in the build-up.

The result leaves Egypt well-placed to finish runner-up in their group behind Nigeria, which would likely see them face the winner of Group E, most likely Ivory Coast or holders Algeria, in the first knockout round.

Watch: Elneny loses rag at ref after last-man foul on Salah at AFCON