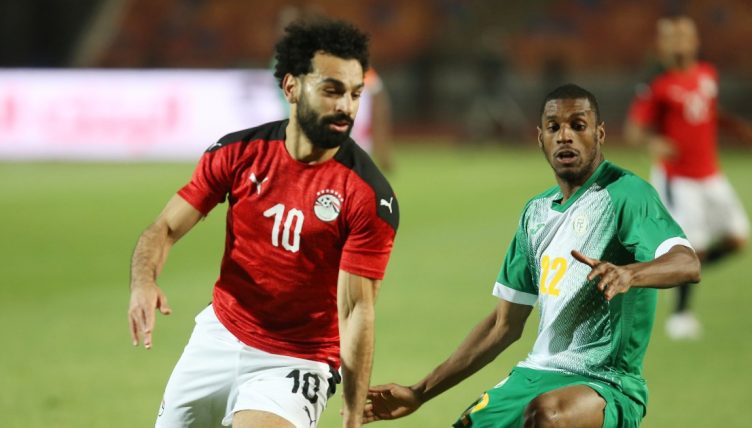 Liverpool‘s Mo Salah got two goals during Egypt’s 4-0 win over Comoros – but the real moment of the game came when he left their defenders on the floor.

After Mohamed Sherif and Arsenal’s Mohamed Elneny gave Egypt an early 2-0 lead in their Africa Cup of Nations qualifier, Salah then got amongst the goals.

The 28-year-old drilled a powerful effort into the roof of the net in the 21st minute and completed his brace by coolly rounding the goalkeeper and slotting home.

He has now scored 43 international goals, surpassing Hassan Al Shazly as the Pharaohs’ second-highest goalscorer of all time.

During the first half, Salah also reminded supporters why he’s one of the best dribblers in world football by twisting and slaloming his way into the penalty area, leaving Comoros defenders in a heap on the floor.

Egypt had already secured their place at next year’s AFCON finals but the 4-0 win ensures that they go through as Group G winners.