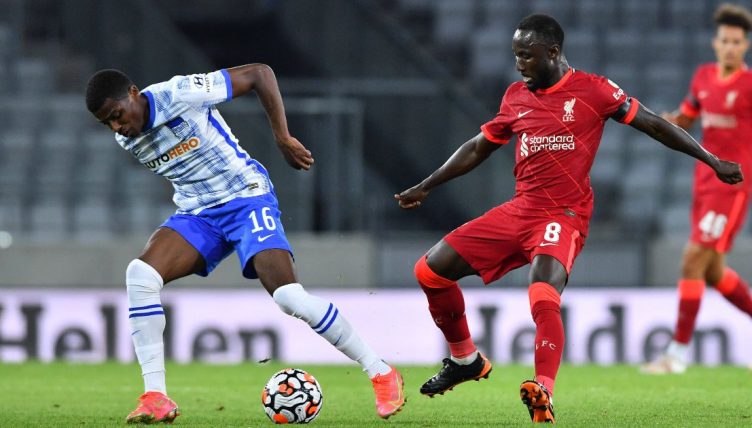 Keita, who joined Liverpool from Bundesliga side RB Leipzig in a £48million deal in 2018, is yet to live up to expectations due to a series of injury problems.

The 26-year-old fell down the pecking order following Thiago’s arrival and started just seven Premier League games for the Reds in 2020-21.

“Naby trains really well in the moment, I have to say,” Jurgen Klopp said in May 2021. “He trains really well, like a lot of other players, and looks really good in training. But this year now we need stability.

“We will make changes from time to time definitely, but it’s not like we pick now seven, eight, nine players to change and say, ‘Maybe we can win it like this.’ The long-term future of Naby Keita, from my point of view, is here, yes.”

The Guinea international has got some minutes under his belt during pre-season and is staking his claim for a place in Klopp’s starting Xl.

He produced two nutmegs during the win over Mainz and followed that up with another piece of skill against Hertha, sending a player for a hotdog with a lovely dummy.