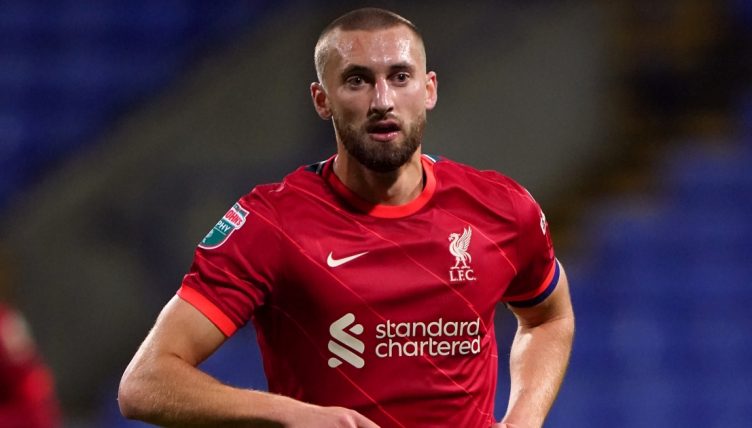 Liverpool defender Nat Phillips channelled his inner Johan Cruyff during their 2-1 win over AC Milan in the San Siro.

Phillips broke into the first team last season amid a defensive injury crisis that saw Virgil van Dijk, Joe Gomez and Joel Matip sidelined for the majority of the campaign.

The centre-back made 20 appearances in all competitions for the Reds in 2020-21 but has now fallen down the pecking order.

He had substitute appearances against Preston and Atletico Madrid before finally making his first start of the season against Milan.

The 24-year-old partnered Ibrahima Konate at the heart of the defence and produced a dominant performance as Liverpool made it six wins from six in the Champions League group stage.

He also showcased his impressive footwork in the second half, sending Zlatan Ibrahimovic and Franck Kessie the wrong way with a brilliant Cruyff turn inside his own penalty area.

“The situation of the game, eh? He played an outstanding game,” Jurgen Klopp told BT Sport when asked about the skill. “I am looking forward to seeing it again. We have already spoken about it in the dressing room. It was a tricky one!”

The composure on display from Nat Phillips here… 👌#UCL pic.twitter.com/43cZfbNmek

Watch: ‘He is as old as my bench’ – Klopp jokes about Ibrahimovic