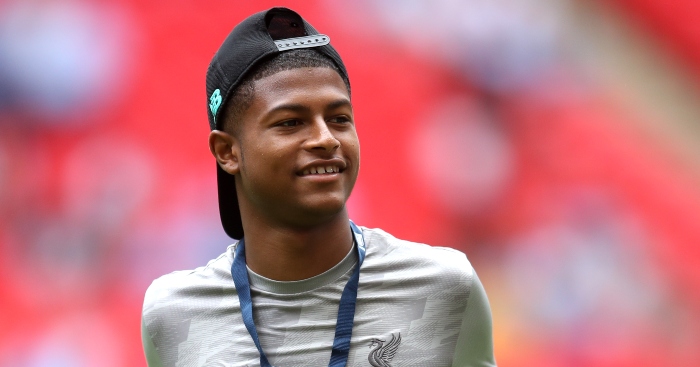 Liverpool loanee Rhian Brewster showed why he is so highly rated with a well taken goal on his Swansea City home debut.

The striker, who is on loan at the Liberty Stadium until the end of the season, hit the headlines in 2017 when he got the Golden Boot award as England won the Under-17 World Cup.

Brewster struggled to get into Jurgen Klopp’s team this season and made his Swansea debut in the South Wales derby clash with Cardiff City last week.

The 19-year-old has now scored his first goal for the Swans, just eighteen minutes into their Championship game against Wigan

Chelsea loanee Conor Gallagher picked out Brewster in the box and striker showed great composure to fire into the bottom corner with a first-time finish.