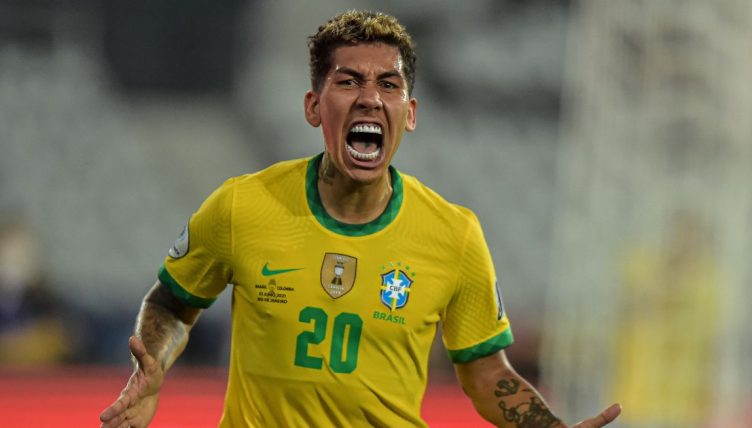 Liverpool‘s Roberto Firmino nearly registered one of his greatest ever assists during Brazil’s 2-1 win over Colombia at the Copa America.

Firmino has been a key player for Jurgen Klopp’s side but endured a difficult 2020-21, scoring just nine goals in 48 appearances in all competitions.

“It has been a difficult season for me,” Firmino told ESPN Brazil in April. “I have to be sincere, but I hope to improve. My desire is to evolve and grow every day. There is no lack of motivation on my part. I know that I am not at my best when compared to other years.

“I have always helped the team with goals and assists, but unfortunately, that has not happened. I will not give up. I want to improve to help the team to be better. I need to evolve daily.”

The striker was still named in Brazil’s Copa America squad and made his first start of the tournament in their third group game against Colombia.

With Brazil trailing 1-0, he received the ball on the edge of the penalty area and produced an outrageous backheel nutmeg to leave Neymar one-on-one with David Ospina.

After Neymar hit the post, Firmino then headed in an equaliser moments later before Casemiro scored a dramatic winner in the 10th minute of added time.

Brazil have now qualified as group winners and will play their final group game against Ecuador on Sunday.