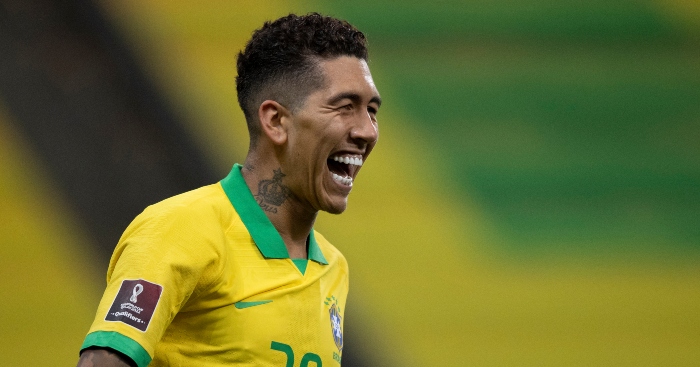 While Roberto Firmino’s goalscoring record for Liverpool has often been criticised, he displayed his poacher’s instincts in Brazil’s 5-0 win over Bolivia.

The striker is an integral part of Jurgen Klopp’s front three but provided just 12 goals in 52 appearances in all competitions in 2019-20.

He started Brazil’s opening World Cup qualifier on Friday and Marquinhos put the home side 1-0 up with a header after 16 minutes.

The 29-year-old then ran from inside his own half and showed impressive movement to meet Neymar’s cross in the 48th minute.

A Jose Carrasco own goal and Philippe Coutinho’s strike completed the rout and Brazil will now travel to Lima to face Peru on Tuesday.