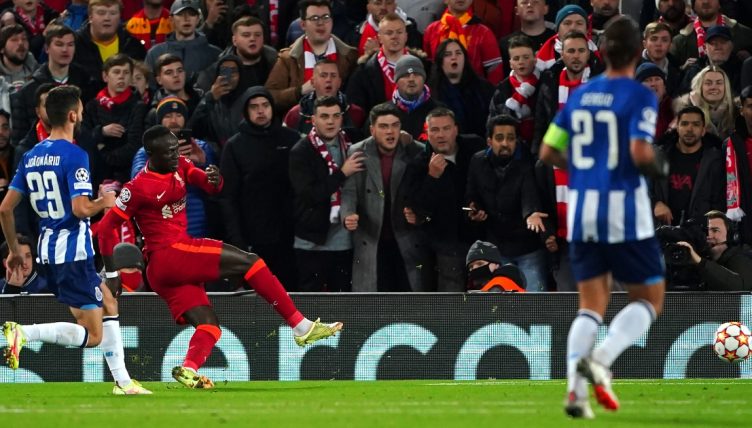 Sadio Mane thought he gave Liverpool the lead during their Champions League match against Porto, only for his first-half strike to be ruled out for a marginal offside.

Liverpool had already qualified for the knockout rounds before Wednesday’s match at Anfield and took the opportunity to rest some important first-team players like Mohamed Salah and Trent Alexander-Arnold.

But Mane started the match and provided Porto’s defence with plenty to think about during the game’s opening stages.

Thiago Alacantara was included in Jurgen Klopp’s starting line-up and reminded everyone of his latent quality with a mesmerising pass that dissected the opposition defence and set Mane through on goal.

The Senegal captain cooly tucked the ball past Diogo Costa and wheeled away in celebration – that ultimately proved short-lived.

But VAR intervened and ruled the goal out for offside. It was extremely tight but was the correct decision as Mane had strayed slightly beyond the Porto defence.

Thiago with a BEAUTIFUL pass into Mané but it controversially gets ruled out for offside.